HomeStoryA Mother Who Died Just Days After Giving Birth Becomes One Of...

A Mother Who Died Just Days After Giving Birth Becomes One Of One Million Organ Donors, Fulfilling Her Dying Wish. 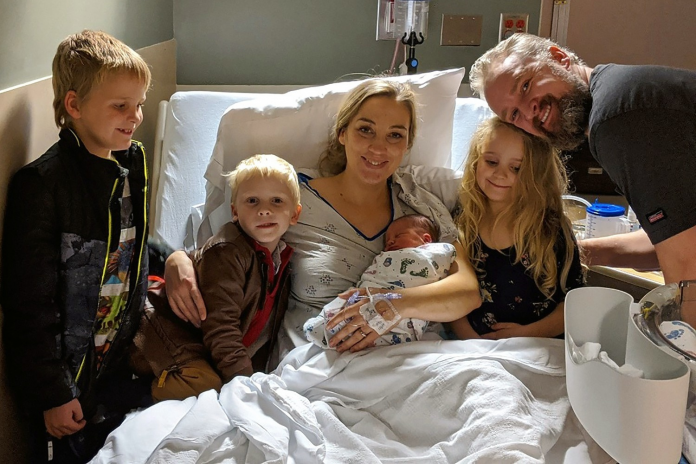 Kathleen Thorson thought that by giving her organs after death, her sorrow would become someone person’s hope for life.

That hope came true, although bittersweetly. Doctors were able to donate 12 of her organs, including her heart and lungs, to other patients in need after she became ill unexpectedly earlier this month during what should have been one of the happiest periods of her life.

Kathleen, from Medford, Oregon, gave birth to her fourth child, a boy named Teddy, on December 29, according to a GoFundMe page put up for her husband, Jesse Thorson, and their children—Danny, Grace, James, and the new baby.

Kathleen was “rushed to the emergency room” less than a week after the birth of her baby after suffering an intracerebral hemorrhage. Doctors were unable to rescue her despite many procedures.

“Kathleen’s condition deteriorated to a point that she could no longer survive,” wrote Richard Stubbs, the organizer of the GoFundMe campaign. “As was her wish, we are doing everything we can for her to be the prayed-for miracle of life for certain others in need of organ donations.”

“There aren’t many words to be said except that we love her, and we will miss her with every breath we take,” he continued on the GoFundMe page. “Through all of this hardship, her love, life, and magic are still felt.”

Following her death, it was reported that “Kathleen will be able to offer the hoped-for miracle to almost a dozen people who are eagerly awaiting organ donation.”

Kathleen’s tale was brought to the notice of HelloBello, the baby line of actress Kristen Bell, and the family was featured in the company’s weekly Tuesday of Giving and granted a year’s supply of wipes and diapers.

“Before she passed earlier this month, Kathleen said she wanted to save as many lives as possible and donated an almost unheard of 12 organs, including her heart and lungs,” Bell wrote in an Instagram post honoring Kathleen. “Jesse – our thoughts are with your family during this unimaginably difficult time. Sending peace and love your way.”

As of Tuesday evening, the GoFundMe campaign has received more than $96,000 for the Thorson family’s medical expenses, and burial expenses, and to compensate Jesse for missed income — considerably beyond the initial $50,000 goal and the stretch goal of $95,000.

Stubbs noted on the campaign page that any further funds generated would be used to fulfill another of Kathleen’s dreams: to construct a garden for her children.

Share
Facebook
Twitter
Pinterest
WhatsApp
Previous article
While She Was Battling A Brain Tumor, She Lost Her Hair. Then Her Son Create A Wig From His Own Hair
Next article
How Do Whales Sleep Vertically Under The Sea