HomePhotographyAgain Australian Firefighters And Puppies Calendar 2022 With Shirtless Heros It May... 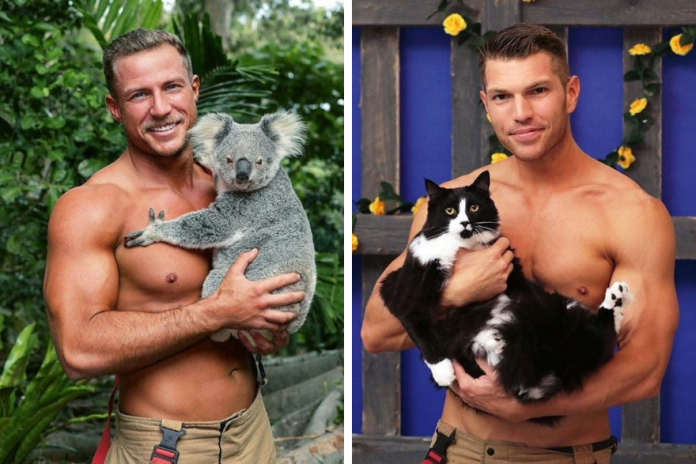 A firefighter is a first responder and rescuer trained in firefighting, they Firstly extinguish hazardous fires that threaten life, property, and the environment as well as rescue and protect people and in some cases or jurisdictions also animals from dangerous situations.

Today, however, we will present an alternate story of what a fireman actually is…

It is, indeed, flawless… This is a unique perspective on a fireman that you should see…

For the 29th year, the Australian Firefighters Calendar is returning. The globally renowned calendar series, which portrays naked Australian firemen adopting smoldering positions, will have six distinct editions in 2022.

The classic calendar, which displays images of the firemen alone, is among the editions. There are also four animal editions – cats, dogs, horses, and mixed animals — in which the protagonists are joined by adorable beasts, including those endemic to Australia. Finally, the summer edition, which portrays firemen in bikinis instead of their usual gear, is new for 2022.

Since 1993, the Land Down Under has graced us with a (really) blazing abundance of shake-hard abs, steel biceps, and turnout jackets, and the most current edition does not disappoint.

The Australian Firefighters Calendar is partnering up with Greater Good Charities to assist animal welfare activities in the United States for the first time in its 29-year existence.
Even though winter is approaching, temperatures are rising.

Every issue of the Australian Firefighters Calendar, like usual, contributes its earnings to charity. Previously, the funds were donated to Australian NGOs, but because the calendars are popular across the world, the calendar series is expanding its charity activities this year.

Nature Helps To The Artist Finish His Own Paper Cutouts