HomeAnimalHow Do Whales Sleep Vertically Under The Sea 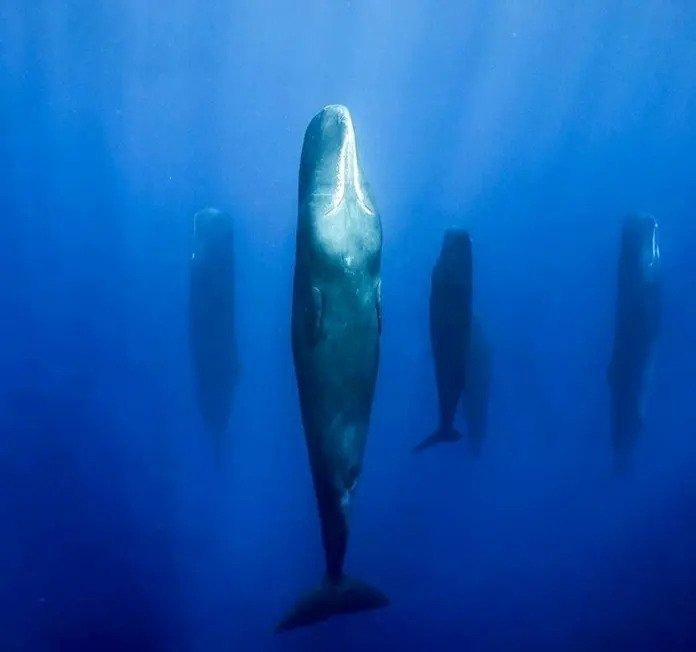 So how they can sleep? Whales and dolphins show two basic methods of sleeping. They
either in water vertically or horizontally or sleep while swimming slowly next to another animal.

Stephane Granzotto who is a french photographer and filmmaker had come to create a
photo book about creatures. That book is about the sleeping patterns of these whales. Capturing photos of whales can be especially challenging. Because they are so big.
Firstly he was interested while he was looking at sperm whales in the Mediterranean sea.
According to that, these animals sleep down under the sea in a vertical position.

Whales take deep breaths and sleep about 45 feet deep in the sea in one position.
And they sleep in pods with 5-6 whales and sleep for about two hours at a time in between the breath.

Specialists believe they sleep with one eye open and one-half of the brain awake. Whales have a higher tolerance for carbon dioxide. They respond until the levels of carbon
dioxide are much higher than what humans can tolerate.