HomeAnimalWhere Would You Find a Dog With A Cow's Body

Where Would You Find a Dog With A Cow’s Body 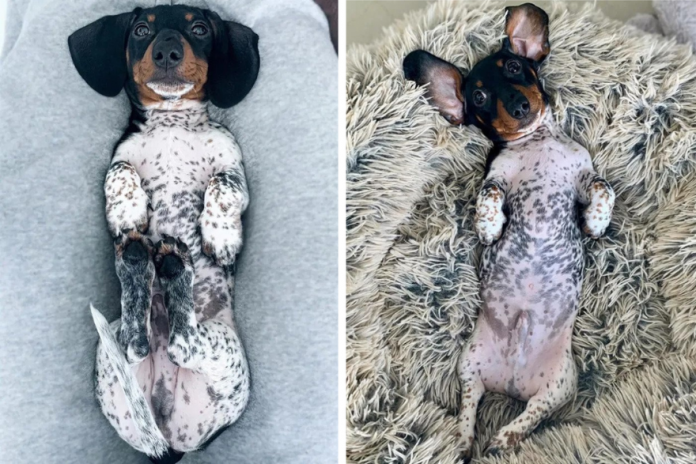 The Moo is an eight-month-old Dachshund puppy who has recently captured the hearts of many people online because of his charmingly unique looks. Despite having a black and brown head, the beautiful, mismatched canine has a black and white striped coat that gives him the appearance of a little Dalmatian or a cow.

According to his owner, Victoria Hoffman, 24, of Miami, many people wrongly assume Moo is dressed in a coat or pajamas. “They are surprised to see that that is just his natural coat,” she says. The many marks on Moo’s head and body have resulted in his distinct appearance.

According to the breeder, he is a unique piebald due to his strong ticking and black spots on his white coat, as well as his lovely black and brown head. As a result, it appears that his body is out of sync with his mental state. Moo attracts a lot of attention wherever he goes, whether on social media or in his regular activities. His clothes, as well as his upbeat demeanor, are immensely popular with the public. Everyone who sees us on the street asks if they may photograph him or learn more about him. He is unquestionably a one-of-a-kind canine. He is a minor celebrity on the program. Aside from his eccentricities, he’s also quite cuddly and cute.